You may now own a Gold-plated Nintendo Wii that was originally created for the Queen of England.

Auctioning off a unique gold-plated Nintendo Wii originally intended for Queen Elizabeth II. Game maker THQ released the first-of-its-kind Wii in 2009. There was a promotion for the Big Family Games collection of mini-games. Due to Buckingham Palace’s rigorous stance on royal gifts, it was sent back to the HQ. 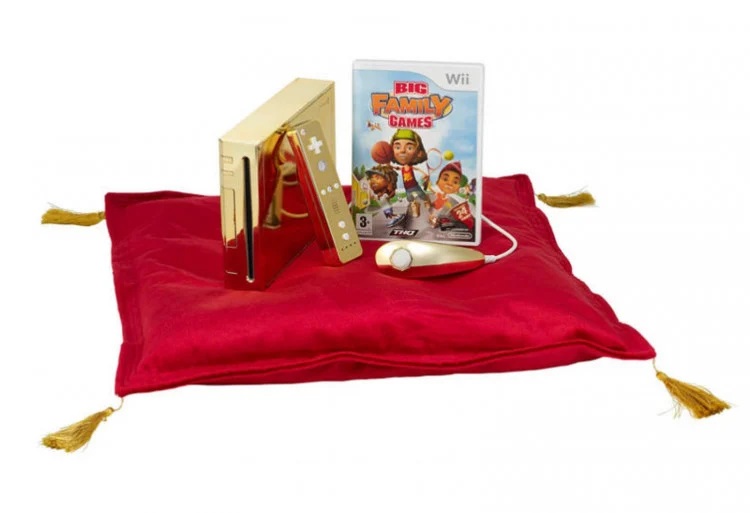 THQ went bankrupt, and the 24-karat gold-plated Wii found its way to a Dutch collector, Don, who is now auctioning off the piece. A second auction for the Wii will be held this month, following the first auction on eBay in October. The asking price of $300,000 had been noticed and the auction account had been shut down at that time as a result. The Goldin auction is running smoothly this time and will conclude on May 21.

Since Nintendo shut down the Wii Shop a few years back, the item is no longer useful as a gaming gadget. It shows traces of scattered gold chipping and is likely to end up as a cherished heirloom in a glass case for the discerning collector. It’s a one-of-a-kind console, unlike other limited-edition models. With the help of the British Monarch, this is both a look back at gaming history and a bold promotional ploy. The auction is moving along, but it is still unclear if it will reach its $300,000 goal.

The OnePlus Nord 2T renders confirm a change to the camera hump.

The ZTE Axon 40 Ultra’s entire specifications have been released ahead of its official release.

Samsung 0
GADGETS VILLAGE
If you love gadgets, technology, and keeping up with the latest news, then our website is perfect for you. We cover all the latest gadgets and tech news, from CES to new iPhone releases. Plus, we have a comprehensive list of the best gadgets out there – so you can always stay ahead of the curve. Check us out today and join the conversation!
INFORMATION
About Us
Contact Us
Privacy Policy
Terms of Service
FOLLOW US
Google News
Facebook
Twitter