According to multiple sources, Motorola’s next clamshell handset, which has been dubbed “Maven,” will be powered by a flagship processor. The rumor mill has informally dubbed the smartphone the Motorola Razr 3 because the final marketing name hasn’t been released. 91mobiles posted two leaked images of the Razr 3 earlier this month. The Razr 3 front and back designs have been shown in an 8-second video clip by respected tipster Evan Blass. 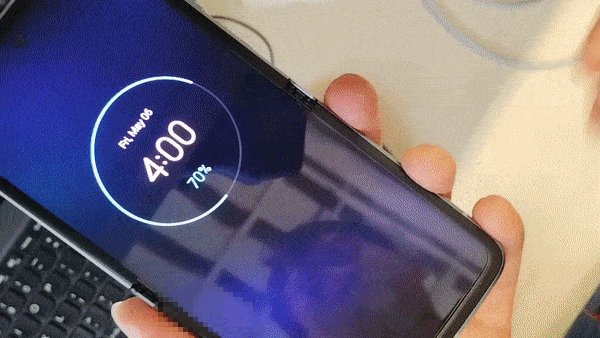 In this hands-on video of the Motorola Razr 3

Turning on the inner folding screen reveals “Maven.” Considering the fact that the phone is functional, it appears to be either a late prototype or a retail model. There’s a good chance that the Razr 3 will be available soon.

The forthcoming Razr includes a hole-punch cutout for the front-facing camera, whereas the previous Razr versions had a notch. On the back, you’ll find a horizontally stacked pair of cameras. It also has a larger secondary display and a fingerprint sensor on the side. An in-depth look at the device’s operating system is seen in the video. However, there is no new information regarding the device’s specifications.

The specifications of the Motorola Razr 3

The Motorola Razr 3 will include a 6.7-inch FHD+ 120Hz inner folding display and a 3-inch cover display. In addition to the 32 megapixel front camera, there will be two rear cameras with a combined resolution of 48 megapixels and 13 megapixels (ultra wide angle).

Snapdragon 8 Gen 1 and 8+ Gen 1 processors are rumored to be on board. Built-in storage capacity may range from 8 to 12 gigabytes, depending on the model. A 2,800 mAh battery will power the device. The device’s price is currently unknown. Colors like Quartz Black and Tranquil Blue may be available by the end of July or the beginning of August.