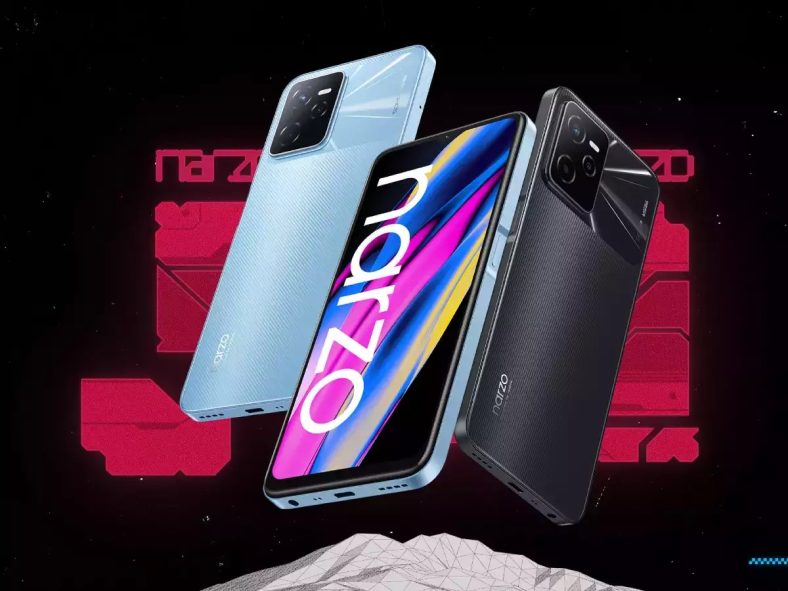 An Indian release of the Narzo 50 5G series of smartphones has been teased by Realme. Amazon India and Realme India’s websites now include a landing page for the product. According to reports, the Narzo 50 5G and Narzo 50 Pro 5G are expected to go on sale in the country this month, according to reports. 91mobiles just published an in-depth look at the vanilla model. It also provided images of the device’s design to show what it will look like. A recent discovery has revealed the Narzo 50 Pro 5G’s processor and RAM size. 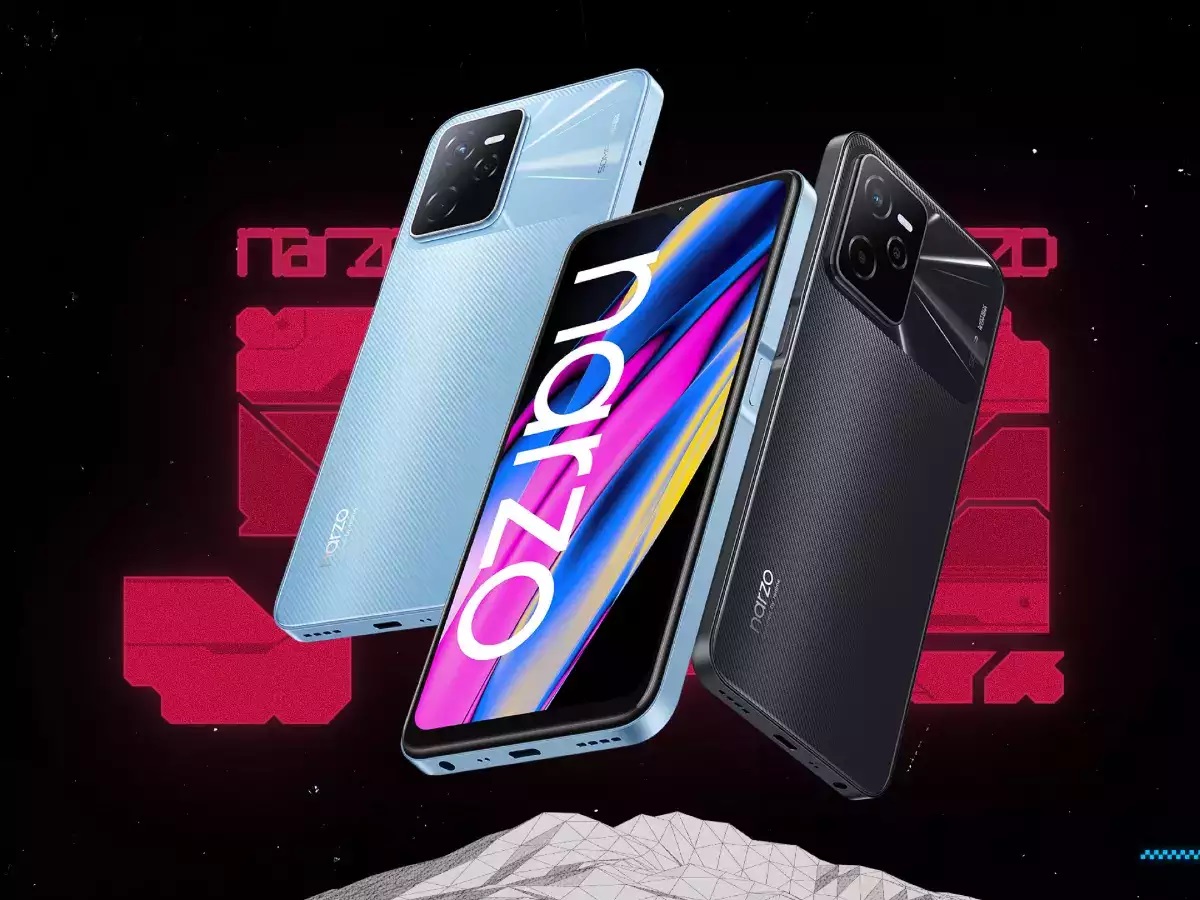 The Realme Narzo 50 Pro 5G‘s model number is RMX3396, according to reports. AR-Core devices with the same model number can be found on Github. There is 6 GB of RAM and a Dimensity 920 chipset listed on the product page. As far as we know, the device does not have any more features or specifications.

Next up is the Narzo 50 5G, which is based on a leaked render (seen below). The back of the phone has a matte finish with diagonal lines on the upper part. The camera module in the upper left corner of the back shell houses a dual-camera unit.

The Narzo 5G is rumored to sport a 6.58-inch FHD+ display with a refresh rate of 90Hz. An 810 processor and 6 GB of RAM are possible options for this device. 128 GB of built-in storage with the Realme UI 3.0 based Android 12 operating system may be on offer.

In addition to a 13-megapixel main camera, the Narzo 50 5G could be fitted with a 2-megapixel depth sensor for taking photos. A 4,800mAh battery with a charge rate of 33W may be found within.