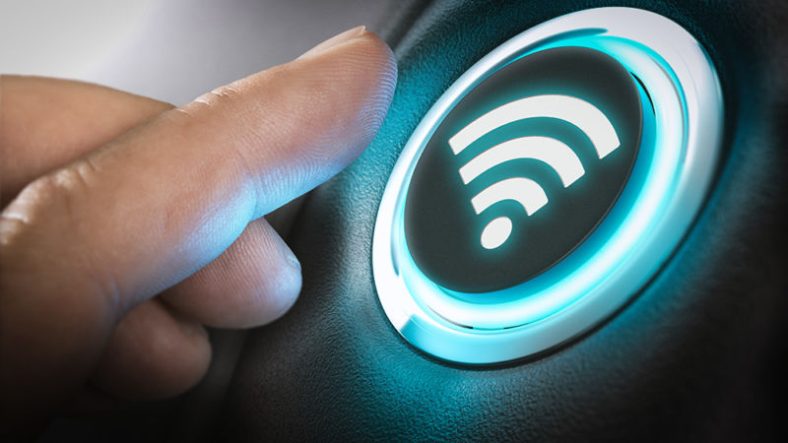 Wi-Fi 7 is increasingly likely to be a choice for consumers next year. According to Qualcomm, which announced its plans this week, Wi-Fi 7 products are expected to be available to consumers and companies in the near future.

According to the Wi-Fi Alliance, Wifi 7 will have a throughput of “at least 30Gbps.” On Wednesday, Qualcomm stated its Network Pro Series Gen 3 platform would enable speeds of “up to 33Gbps.” The Wi-Fi Alliance develops Wi-Fi standards, and Qualcomm is a member. You’ll need a premium internet connection and Wi-Fi 7 devices, which don’t exist yet, to achieve these theoretical speeds in your home. Still, Wi-Fi 6 and 6E’s 9.6Gbps is a significant improvement over the new speeds. 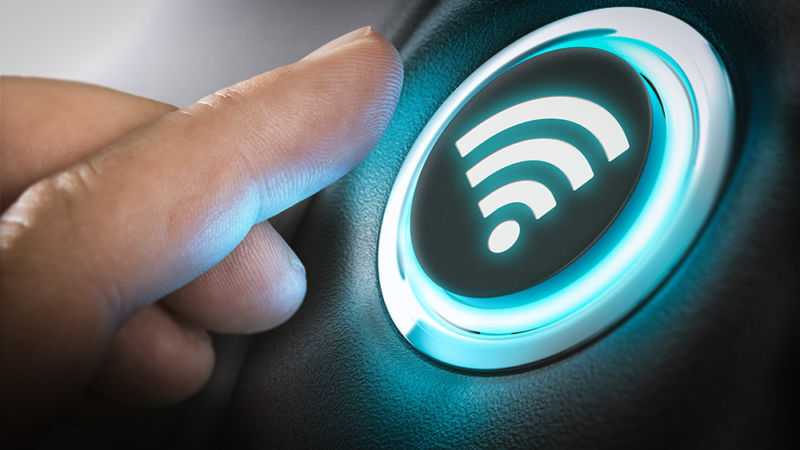 Virtual and augmented reality, ultra-high-definition video streaming, cloud computing, and gaming are just a few of the network-intensive applications that will benefit from next-generation technology. By making changes to the physical (PHY) and medium access control (MAC) layers, Wi-Fi 7 hopes to reduce jitter and latency in these applications.

It is expected that Wi-Fi 7 would be able to take advantage of the 6 GHz band, just as Wi-Fi 6E did, while increasing the maximum channel width support to as much as 320 MHz.

Multiple frequency bands can be simultaneously used with Wi-Fi 7, as well as multi-link operation. In addition, 10Gbps corporate access points with up to 500 users per channel were mentioned by Qualcomm in the report. 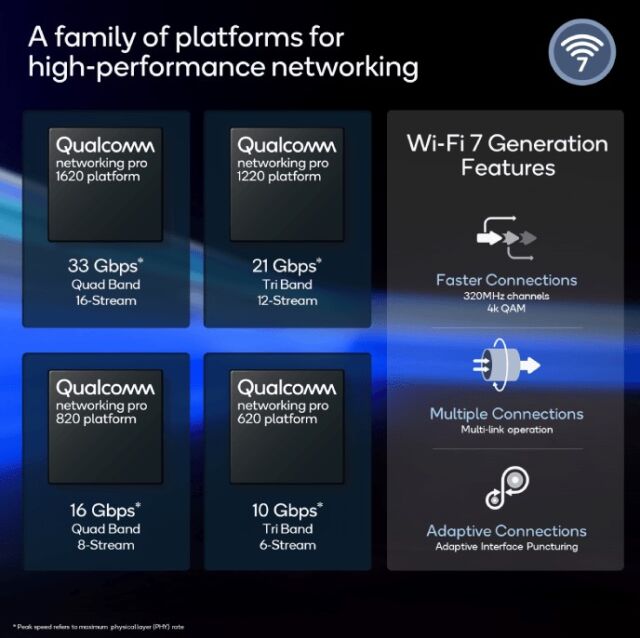 According to Digital Trends, Qualcomm anticipates Wi-Fi 7 being available in households as early as next year with two tri-band and two quad-band options. Qualcomm’s Network Pro 1620 quad-band solution for home mesh routers claims speeds of up to 33.1Gbps.

Despite the fact that the Wi-Fi Alliance has yet to complete the standard, Wi-Fi chipset manufacturers MediaTek and Broadcom have established the year 2023 as the expected launch date for Wi-Fi 7 and are showcasing Wi-Fi 7 technologies in their respective product presentations. An executive from Broadcom’s Wireless Communications and Connectivity Division, Vijay Nagarajan, says the product would be available to consumers in the second half of 2023.