Home » What Is the Lifespan of Xiaomi Phones? Reliability & Updates on the Android Platform
SmartphonesXiaomi 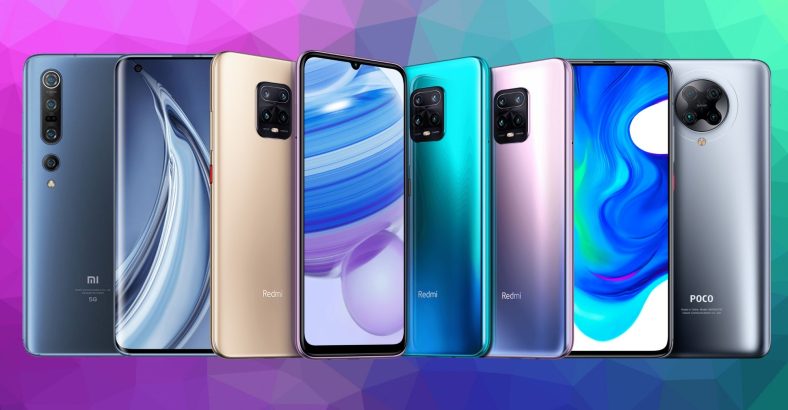 Xiaomi is currently the second-largest smartphone manufacturer in the world behind Samsung. Xiaomi is either the second or third most popular smartphone brand in the world today, depending on the data you choose. Even though Xiaomi is a relatively new brand, this is astounding.

In Latin America, Africa, and Europe, the corporation’s revenues have grown by 300 percent, 150 percent, and 50 percent, respectively, in the last few years. The recent success of Xiaomi’s growth outside of China has been one of the most talked about in the IT industry. All of this is made possible by Xiaomi’s commitment to making low-cost phones with outstanding performance.

Xiaomi’s global market share climbed by 83 percent in 2021, while Apple’s grew by just 1 percent. VIVO and OPPO, on the other hand, saw sales increase by 27% and 28%, respectively. phone firms’ recent rise has given customers around the world more options. 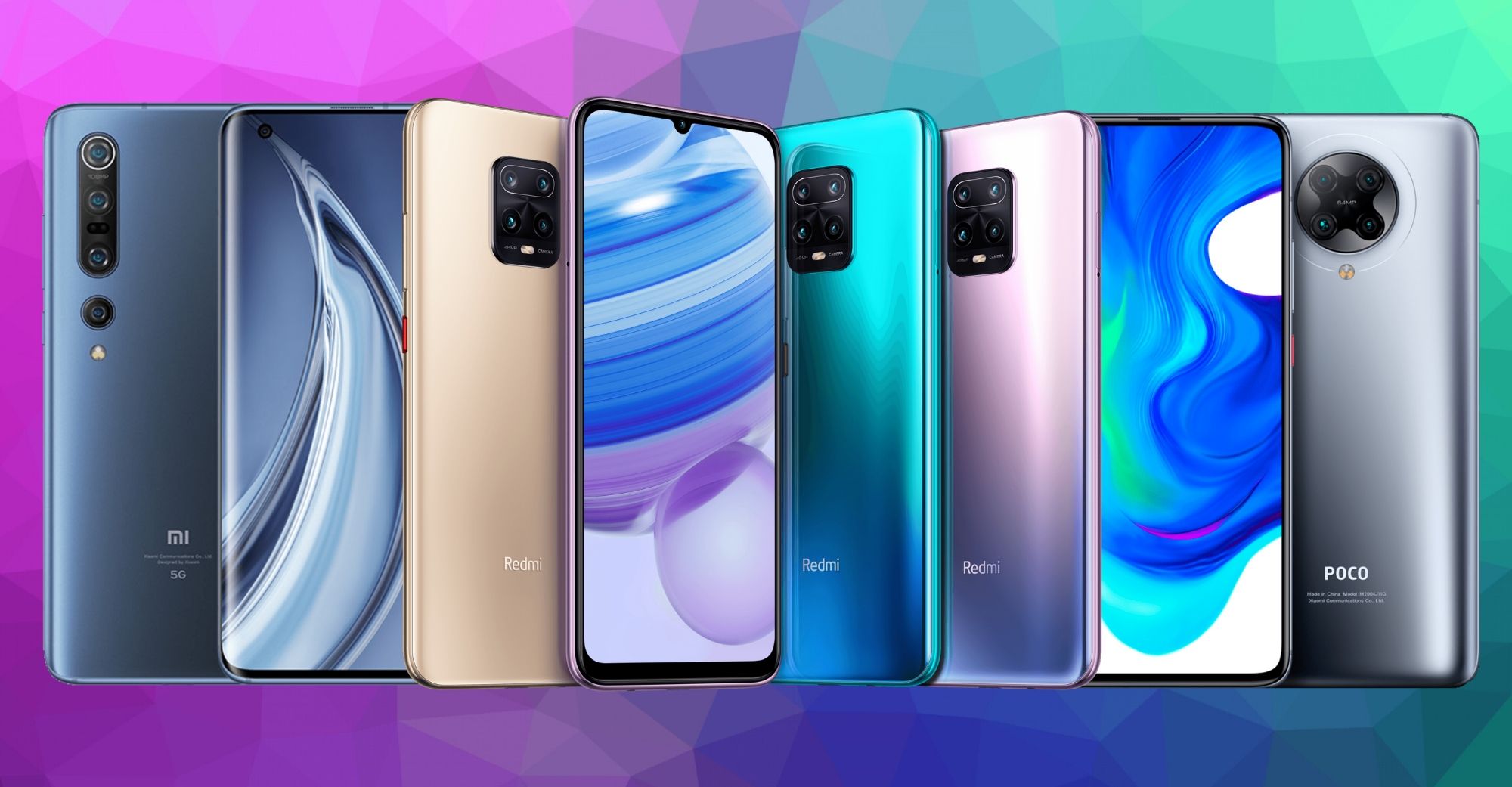 At the insistence of the government, carriers and merchants in the US are actively working to prevent the spread of Chinese phones in the US market. This appears to be a security measure. Some believe, however, that the absence of competition in the US is artificially inflating Apple and Samsung’s market share. Regardless, outside of the United States, Xiaomi is swiftly becoming one of the most powerful brands in the world today.

However, how long do Xiaomi phones survive on a regular basis? Are they as good as, say, an iPhone or a Samsung phone? When making the transfer to Xiaomi, what are the potential pitfalls to keep in mind? Let’s take a closer look at each of these issues to see if switching to Xiaomi is a good idea in 2022 and beyond.

What Is the Lifespan of Xiaomi Phones?

In general, it’s difficult to measure the longevity and reliability of smartphones. Samsung’s Galaxy Note 7 was the subject of a major recall. In situations like these, we KNOW the phone is untrustworthy and/or dangerous.With typical use and wear and tear, it becomes more difficult to determine exactly what is going on. Phones, regardless of whether they are made by Apple or Xiaomi, are susceptible to malfunctions and problems.

For the first time in the history of the smartphone industry, Xiaomi has agreed to provide three years of Android updates and four years of security patches. This is a good thing, a step in the right direction. However, the Xiaomi 11T Pro and 11T are the only two phones that are eligible for this promotion.

Only MediaTek-powered Xiaomi phones are subject to a large number of well-publicized problems. In a like-for-like comparison with other Android phones, the consensus seems to be that Xiaomi phones do well in the lifespan stakes, lasting on average three years. Of course, the results may differ. However, in major phone forums, this appears to be the most prevalent response.

When it comes to Xiaomi phones, customer service is practically non-existent. As a customer, you’ll need to go outside of Xiaomi to get your phone fixed if you have an issue with it. This isn’t a problem if you buy your phone from a carrier or network, such as Apple or Samsung. A replacement or repair will be provided if the phone is damaged beyond repair.

Xiaomi Phones Get How Many Android Updates?

For the first time in the history of the smartphone industry, Xiaomi has agreed to provide three years of Android updates and four years of security patches. This is a positive development and a positive step forward. However, the Xiaomi 11T Pro and 11T are the only two phones that are eligible for this promotion. Xiaomi doesn’t plan to keep this promise for any of its other products, which number in the hundreds.

In a statement, Xiaomi said that it is exploring ways to provide three years’ worth of Android upgrades to its other devices. However, the chances of this occurring are quite low. Because Xiaomi produces and sells so many phones, it would be impossible to provide the same level of support for every single one of them as it did for the Mi 11T and Mi 11 Pro. But it’s possible that all future flagship phones from Xiaomi will get Android updates for three years.

Are Xiaomi Phones a Big Hit because of this?

One of the main reasons for Xiaomi’s success is the incredibly low cost of their smartphones, which are far less expensive than practically anything else on the market today. However, their hardware and software specifications are comparable. As a result, phone customers find Xiaomi phones particularly appealing because of their inexpensive pricing and high-end specs. Why would you pay $1,300 for a phone when the same hardware is available for $600?

Xiaomi has seen explosive growth as a result of its success in low- and middle-income countries such as Latin America and Africa, where spending $1,300 on a phone is out of reach for most people.As a result of this strategy, Xiaomi has gained ground on Apple and Samsung in terms of shipping volume. It will only get worse for Apple, which does not have a credible “affordable” phone in its lineup.

Is It Worth It to Buy One?

You’ll have a lot of trouble using a Xiaomi phone if you live in the United States. Only T-Mobile and Mint Mobile support the bands that Xiaomi phones use, so you won’t be able to acquire one through an official carrier channel. A third-party shop like Banggood or GearBest will be your only option if you decide to purchase one. However, neither of these companies is well-known for their customer care or return policies.

Things are very different in the United Kingdom and in Europe. In the United Kingdom, you can get a contract for a Xiaomi phone through networks like Three. It’s best to buy a Xiaomi phone from an official channel like Three’s shop if you live in the UK and want to test it out. You’ll be able to return the phone and either get it repaired or receive a new one if something goes wrong.

Xiaomi phones are also available on Amazon (in all regions). What’s my recommendation? Check the phone’s bands and discover if your country’s carriers or phone networks support them before purchasing an unlocked model. If you buy a Xiaomi phone and there are no carriers in your country that support the bands it utilizes, you’ve essentially just bought yourself a paperweight.

With those caveats aside, I have no difficulty recommending Xiaomi phones to our readers. What would I do with one? No. Currently, I’m primarily an iPhone user. It’s because I want the best customer service, constant updates for six to eight years, and the peace of mind that my phone won’t break within a decade. My previous devices were the Samsung and Pixel phones. However, after a while, I just got weary of having to wait for new software upgrades and hardware issues to be fixed on Pixel phones, so I went back to the iPhone.

Because of this, I normally recommend that most people do the same. The iPhone 13 is the best all-around phone available right now. In terms of price, it isn’t prohibitively expensive, it has a long-lasting battery, and it comes with 5G. This is all you’ll need for the next five to six years for 99.9% of consumers.

With a 90Hz display, the Helio G37 and 16MP triple cameras, the Moto E32s was released